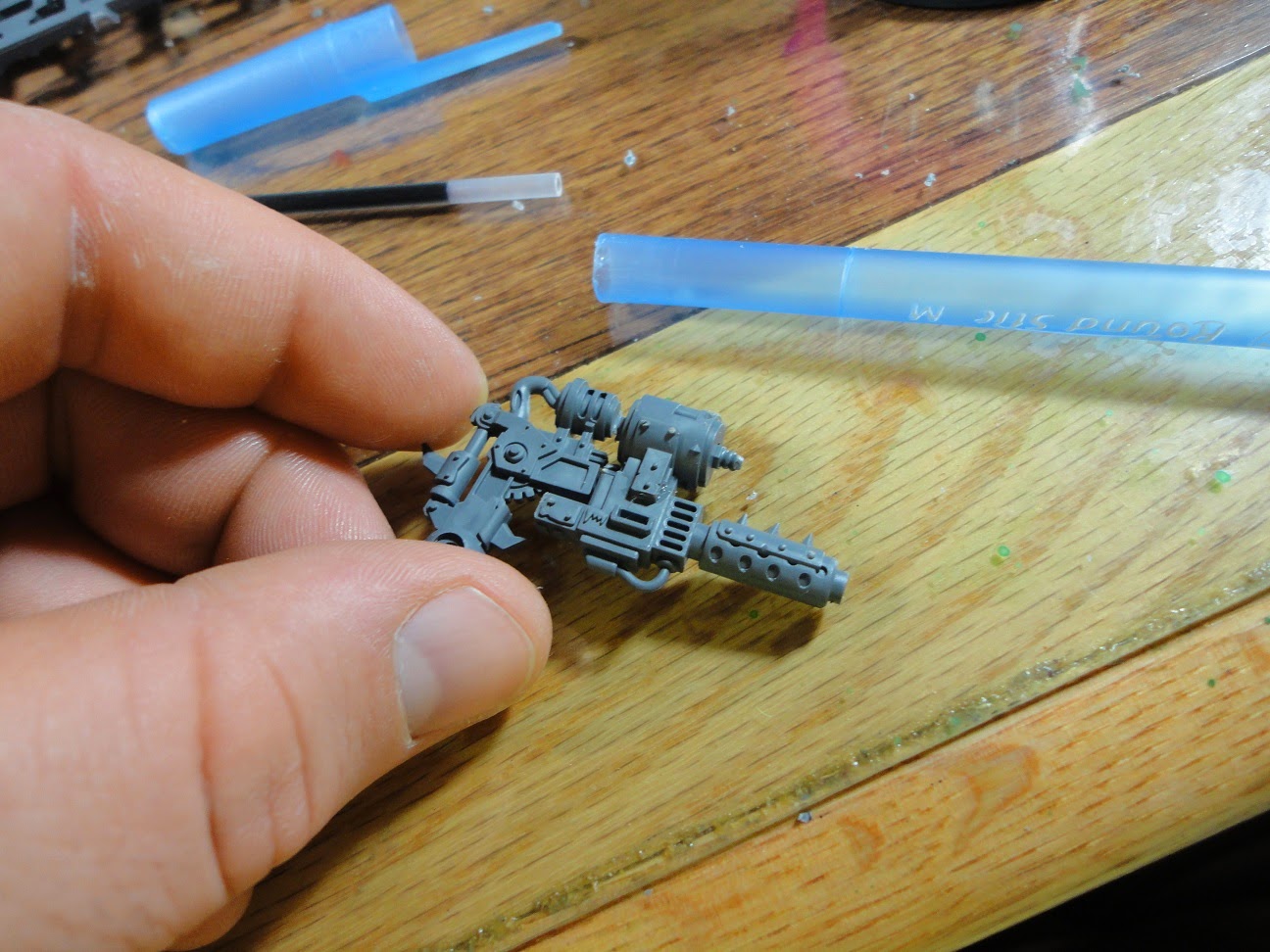 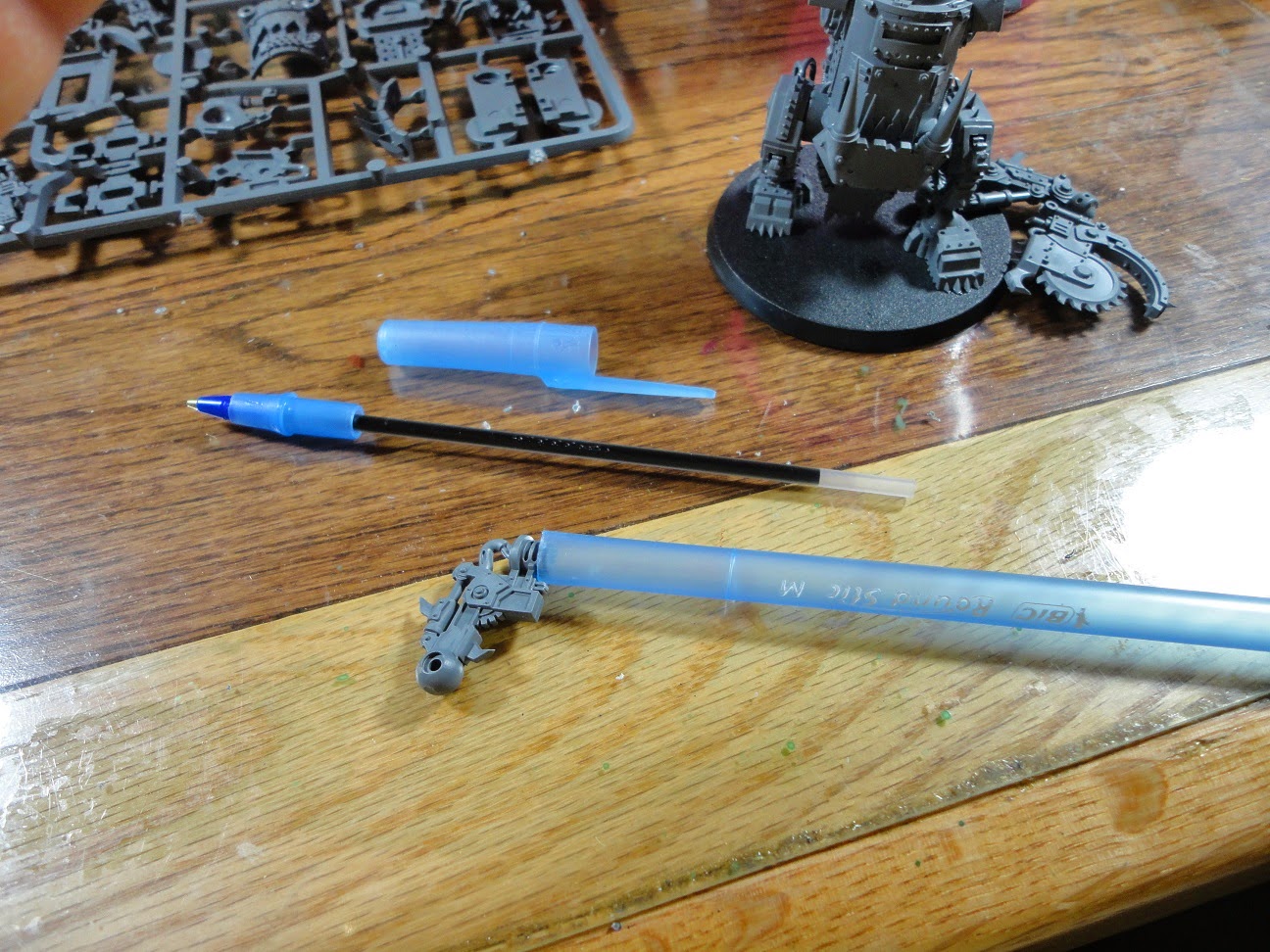 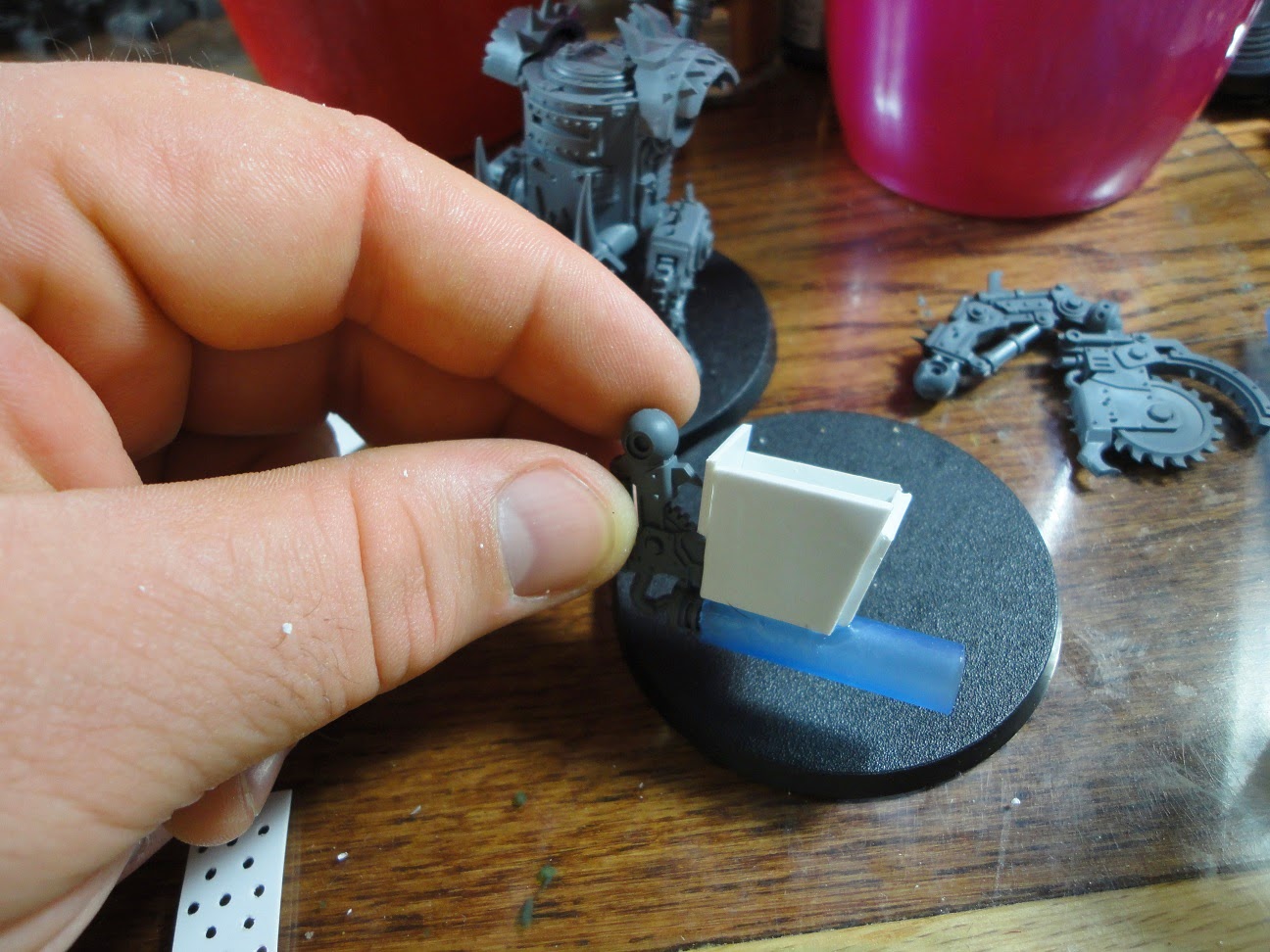 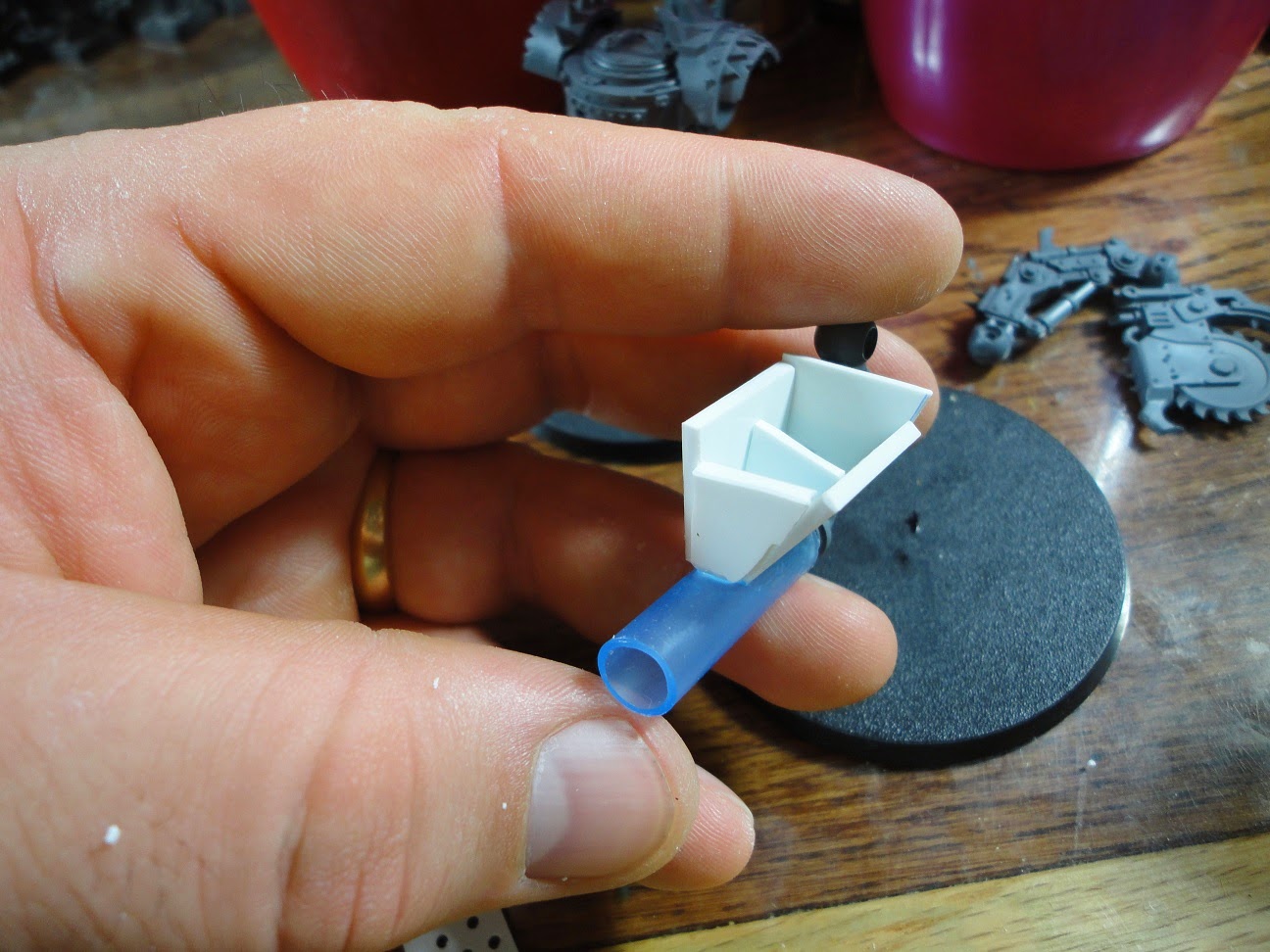 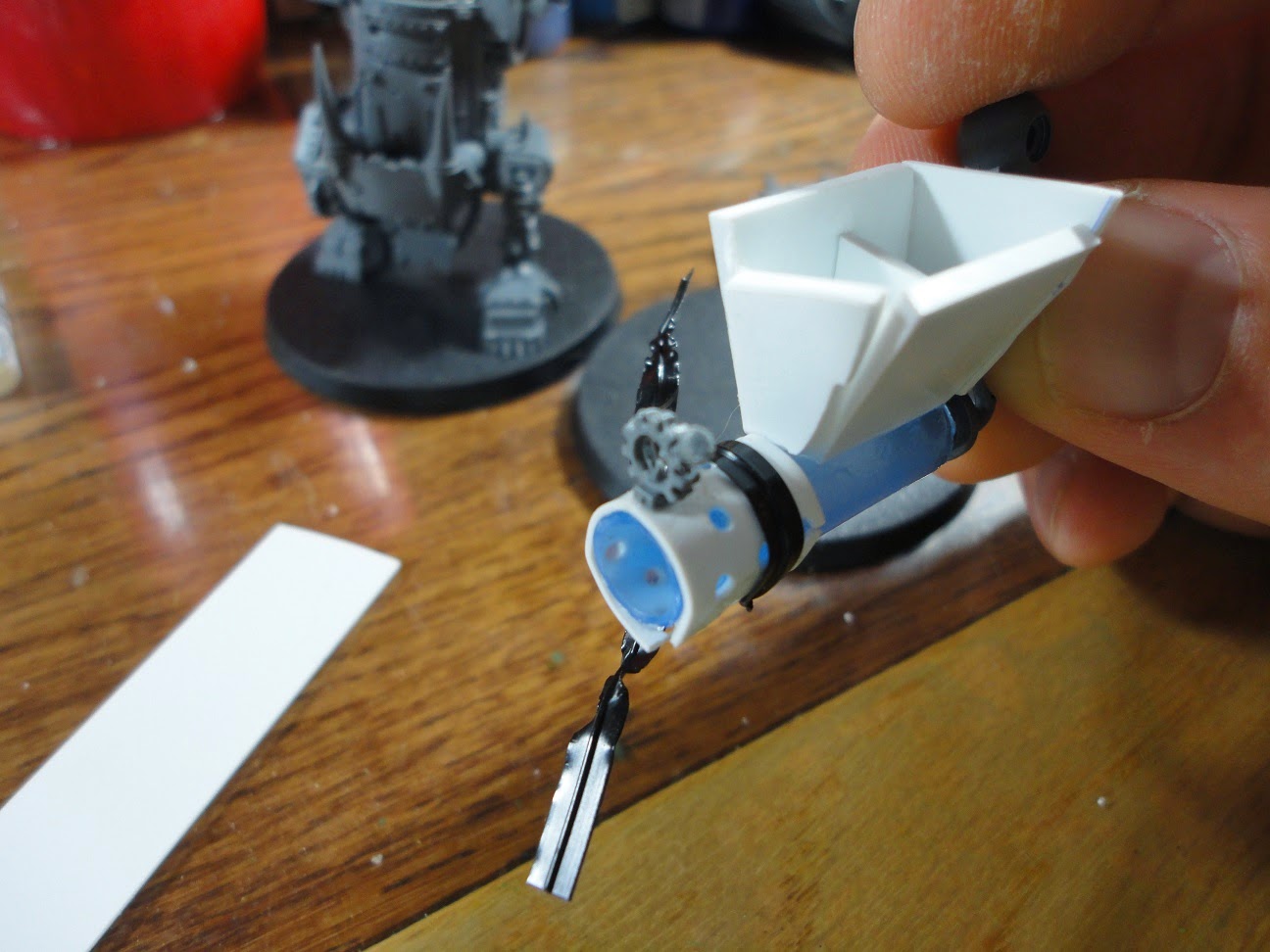 next i drilled a bunch of holes in a pattern into some thin card and wrapped it around the barrel to look like a shroud and give it some texture as you can see i had issues getting it to stick and Evan cracked my piece in at least one place. normally that means remaking it but this is for an ork device so it just adds to the ramshackle feel. I also added the little sight from some ork kit I can no longer identify. 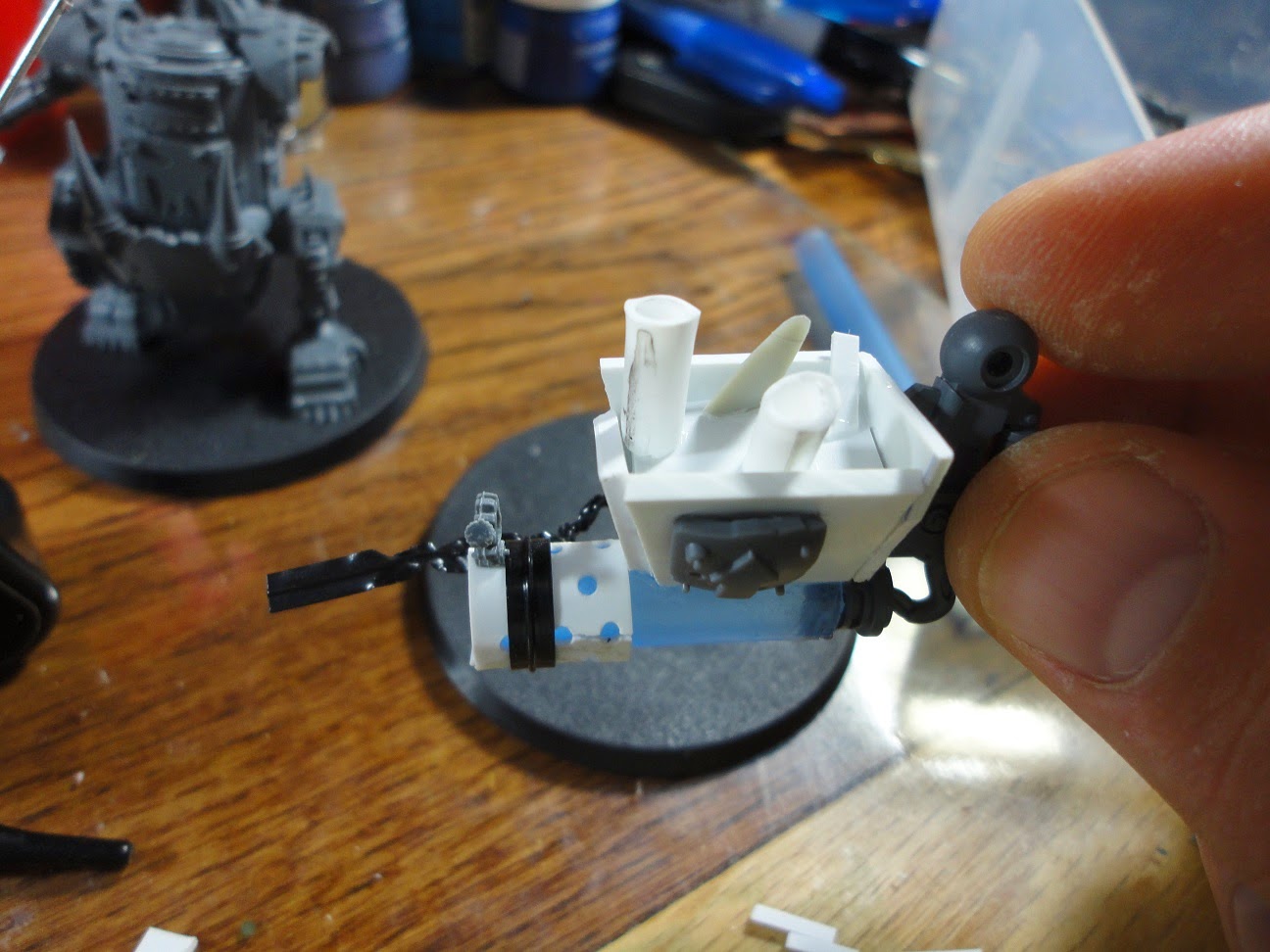 I added in a plate to sit junk on just like the real one because it makes it easier to paint and also requires less scrap to look like it is full. I also started with a few larger pieces of pipe and a chunk of airplane propeller also a glyph on the side of the bucket. A few real bits goes a long way to make your scratch built stuff  look like the real deal. 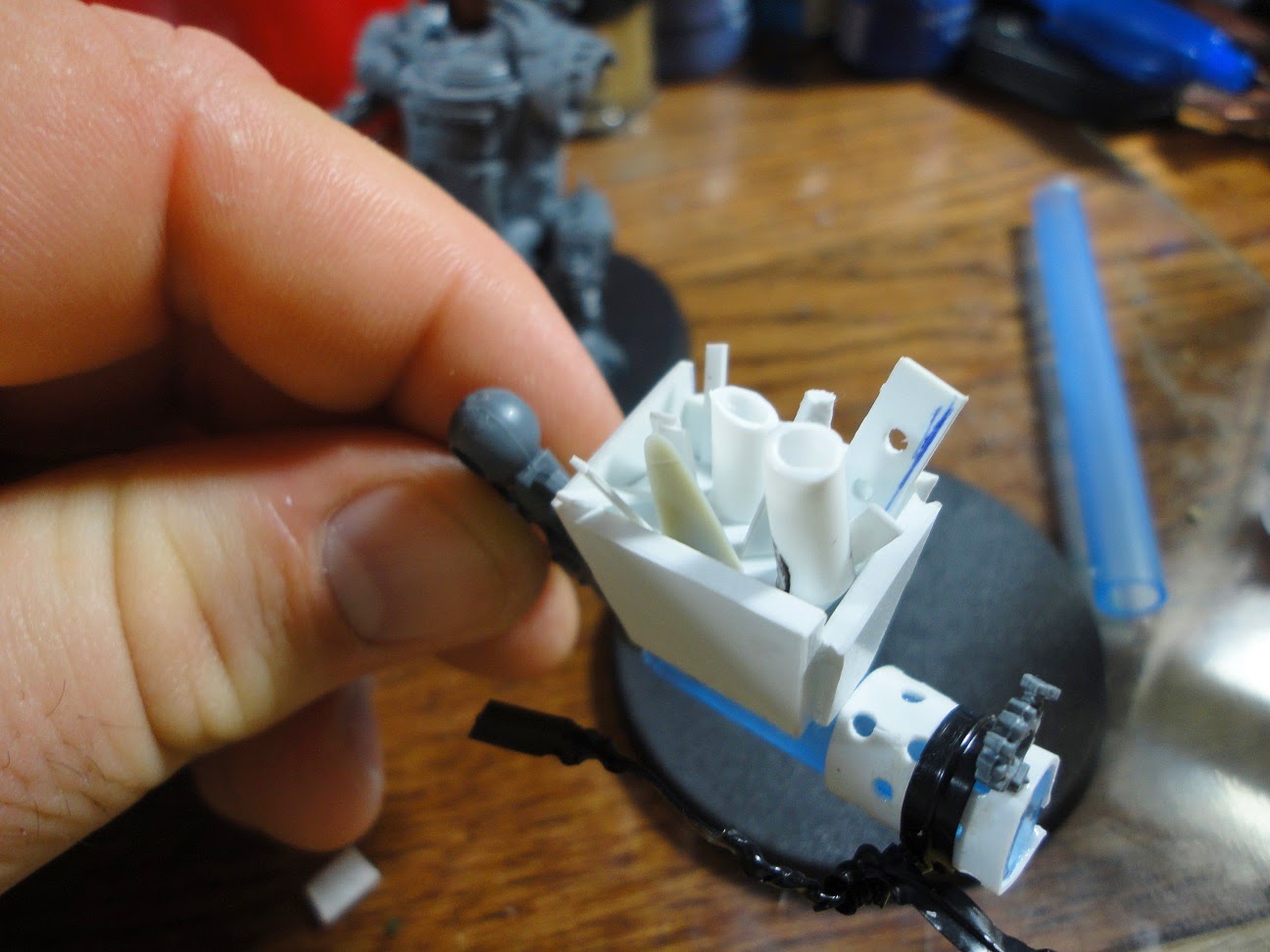 there we go lots O scrap to shoot at my enemy's. I added a few more small glyphs on the blank sides of the bucket after this but forgot to shoot a pic. I will have this painted up shortly and you can see it all painted up and on a kan early next week
Posted by Turiya64 at 1:00 AM