An idea struck me as I was paging threw the new codex. Well more accurately a way to use an old idea came to me. I have wanted to run a breaching squad seance reading the Horus heresy books and seeing how the Imperial fists fought ship to ship with squads of men with large shields and bolters. It's something I thought I  would do with vanguard vets at one point but they can't take bolters and they can't take special or heavy weapons. But reading the new codex opened my eyes to a different path. Legion of the damned! I don't know why I never thought of it before but they are armed like a normal tatical squad but have a 3++ save like they have a storm shield and seeing as they can't take anything that would give them a additional weapon to get the 2ed melee attack I don't see any rule conflicts with WYSIWYG. 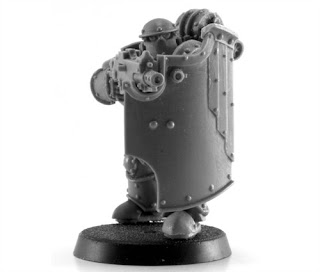 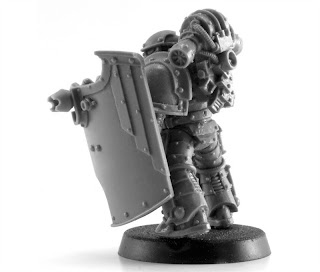 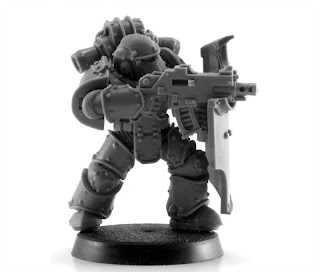 these are the forge world breaching squad models not my own but they are smiler to what I plan on building . I think I will out fit the squad with a melta gun and a heavy flamer prehapts even a powerfist for the Sargent.

so what do you all think? am I insane or am I on the right tract to fielding a really well  themed unit?