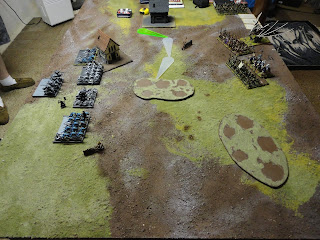 Deployment: yes we are still using the flamer templates as a river... yeah I need to fix that at some point. 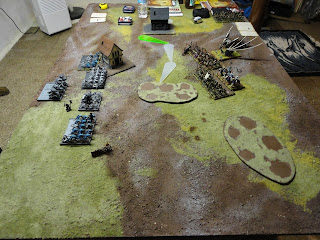 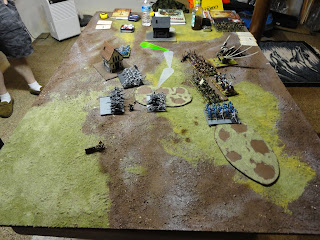 Lizardmen turn one: they move up quite a bit and due to magic the saurus got to move an additional ten inches and get around my flank so early 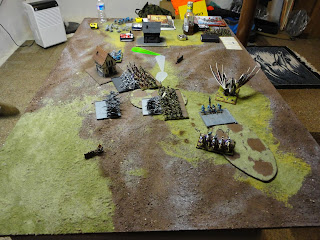 Vampires turn two: to save my self from a flank charge I charged into combat exposeing the saurus on my flank to my hexwraiths soul striding thru them to kill a few plus the terrorghiest screaming several of them to death. 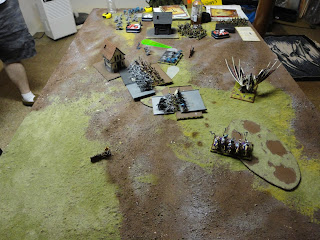 Lizardmen turn two: they got the charge in with the saurus cav into the skeleton unit wile also charging the back of my zombies with the left over saurus 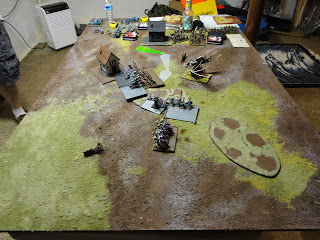 Vampires turn three: The terrorghiest destroyed the skink skirmishers that were comeing in to poison him and  my zombies were utterly annihilated. 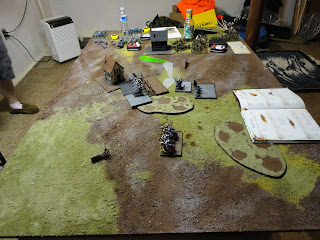 Lizardmen turn three: Seance the zombies are not in the way any more the units that kill them are free to charge and kill my terrorghiest 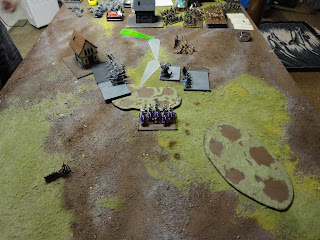 Vampires turn four: my skeletons died and the only unit left is the hexwraiths 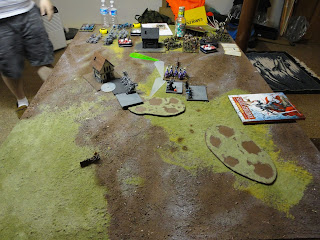 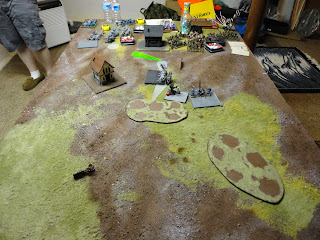 and now they get killed to combat resolution

A rather solid lizardmen victory