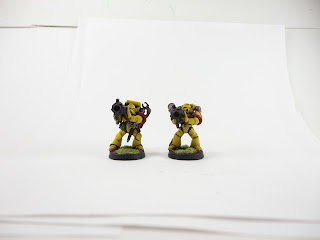 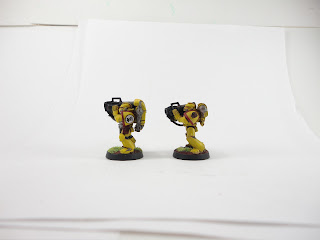 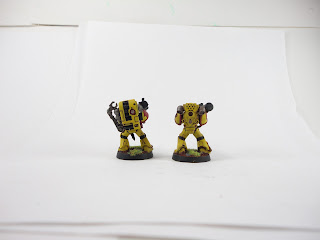 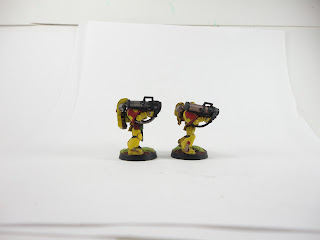 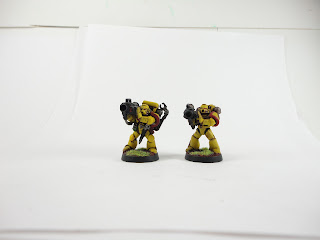 finished two more for the squad the one oddity in this squad  is the markings the one shoulder shows the arrow for a tactical squad. This was due to both it being molded on the one guys shoulder and also because they will rarely be fielded in the devastator squad and when called upon will be swaped into the tactical squads as needed to save points.
Posted by Turiya64 at 1:00 AM